What Does The FDA Say About The Legal Issues Related To CBD Oil?

What Does The FDA Say About The Legal Issues Related To CBD Oil? 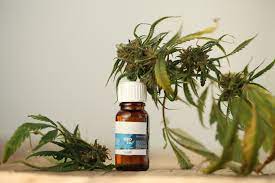 Although cannabis has been used by societies all over the world for millennia, Americans are only now learning about the effects of cannabis and its chemical constituents on the human body. CBD oil, in particular, has grown in popularity due to its supposed health advantages, but is CBD oil legal?

The United States’ connection with marijuana is complex. Cannabis — including CBD — is still mostly illegal under federal law, but there are exceptions. Despite the federal prohibition of cannabis, most states in the United States have passed cannabis-related legislation. As a result, CBD oils exist in some kind of a legal uncertainty.

Every state in the United States allows some type of cannabis usage, although the rules vary. For example, state law in Washington enables residents to lawfully ingest CBD oil for recreational reasons, but state law in South Dakota classifies CBD as a Schedule IV prohibited substance and permits individuals to only use CBD in FDA-approved forms, such as Epidiolex.

What Exactly Is CBD Oil?

Chemicals abound in cannabis. Tetrahydrocannabinol is arguably the most well-known of these compounds (THC). While THC is mostly responsible for the “high” associated with cannabis, CBD does not. CBD is available in a variety of forms, including oils, tinctures, capsules, and lotions, according to supplement producers. CBD is said to provide the following advantages:

However there is still uncertainty related to, is CBD oil legal?Regardless of the purposed benefits of CBD oil is critical to consult a medical expert before using CBD oils or products. Diarrhea, changes in appetite and weight, and weariness are all common adverse effects.

When Does CBD Oil Become Illegal?

It is debatable. In terms of federal law, the legality of CBD oil is mostly determined by where the CBD comes from and how it is used, thus it is critical to grasp certain cannabis principles. The development of medicines and other consumer items produced from cannabis and its components, such as cannabidiol, is a hot topic (CBD). The FDA recognizes the potential benefits of cannabis or cannabis-derived chemicals and the high level of interest in these possibilities.

CBD oil and its legal issues related to FDA: 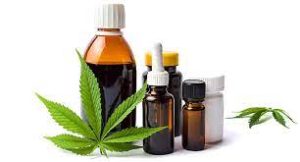 Furthermore, because so many factors impact CBD oil’s legality, learning about your state’s cannabis regulations is worthwhile. And if you’ve been charged with unlawfully having cannabis, speak with an expert defense lawyer in your area to get an answer to the question “Is CBD oil legal?” If so, then how?”